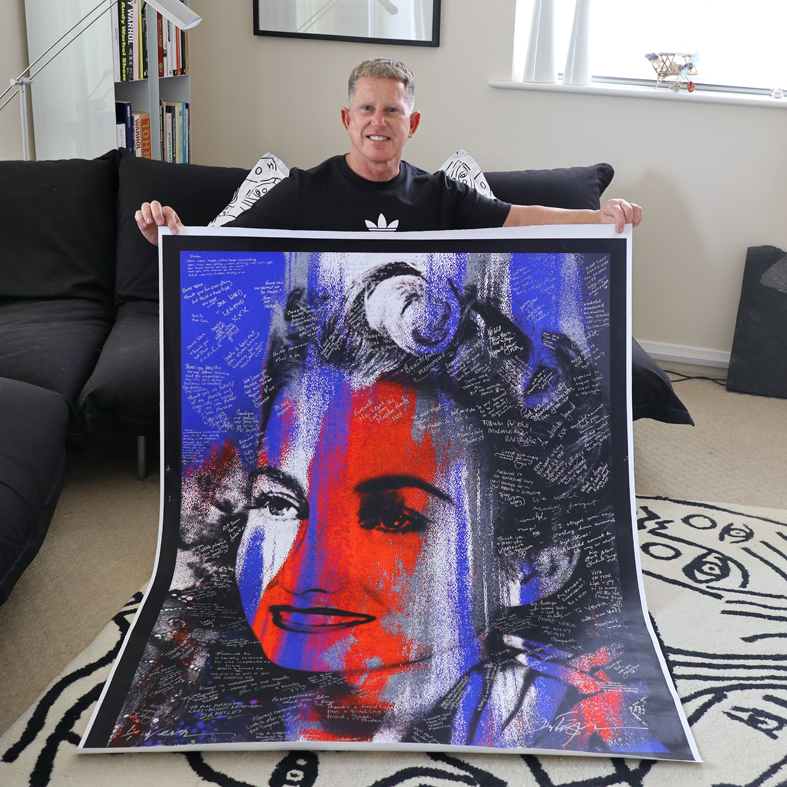 One of this year’s LEAP finalists Anthony Freeman had a successful career as a designer/art director/graphic designer in the advertising industry in the Middle East and South Africa, winning several awards along the way. During that time, he developed an interest in art as a hobby and won awards as an amateur artist.  On his return to the UK and now living in Newhaven, he decided to explore the possibility of developing his artistic skills, rather than his graphic design/advertising skills into the basis of a successful business, It was at this point that he decided to register for the LEAP start-up programme.

Anthony chooses his subject after thought, research or a personal request but sometimes he is driven by external circumstances that allows him to explore the market.  Anthony produced a screen-print portrait of Vera Lynn for her 100th birthday as a test product but eventually gave it to her daughter in June this year, upon her death.  Her daughter has signed the original which will be auctioned to raise money for the Vera Lynn Children’s Charity.  Anthony displayed a copy in Ditchling on Friday 10th July, the day of her funeral, where it was signed by the public and caught the attention of national and local TV and printed media.  It was featured on Good Morning Britain, the BBC News and several newspapers.  Prints are available at the Nutmeg Tree in Ditchling where they have a dedicated Vera Lynn room with all proceeds going to The Vera Lynn Children’s Charity.